The Apprentice Billionaire’s Guide to Profits 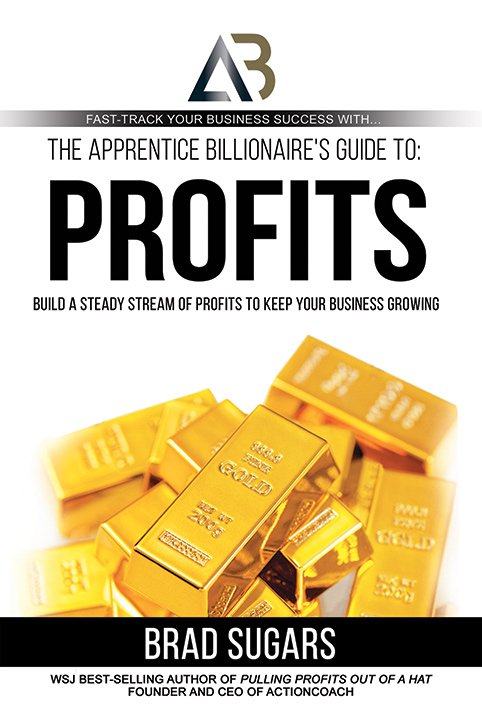 Business is steady and you have established a core of loyal customers, but profits aren’t growing fast enough. Profit opportunities are hidden in every business and find them can exponentially grow profits for any organization. Building profits isn’t just about find new selling opportunities its about mining every part of your business for buried treasure.

Learn the 4Ms of business that includes:

Brad Sugars started the ActionCOACH brand (formerly known as Action International) when he was in his early twenties. Today the company is internationally recognized as the leading global business coaching firm and one of the leading and most awarded franchises in the world today. So how did a twenty-something Australian create this global powerhouse? He did it through hard work, determination and a well-organized, systemized approach that leads businesses to profits. Brad Sugars has always been entrepreneurial. Even from a very young age, Brad was an entrepreneur. He displayed a natural curiosity for how to work smarter and get measurable results. When still at university, Brad Sugars ran several small businesses. Perhaps due in part to his talents which were developed at a relatively young age, Brad’s ability to make companies from every conceivable industry flourish lead him to be known as “The Turnaround Kid”. Brad Sugars was soon asked to speak to business owners and executives – sharing his tips and advice on marketing, sales, systemization and team building. Audiences were wowed. Brad’s “pull no-punches” approach was a refreshing change from other speakers at the time. The content of his events were filled with simple and easy ways to grow businesses. Brad Sugars’ seminars quickly grew in reputation as the business building event to see. Business owners started approaching Brad Sugars to consult about their businesses. Despite the demand for his services, Brad realized that consulting was not the answer. He wanted the business owners to implement the strategies he taught – but time restraints meant that he could not service the demand. It was then that Brad Sugars realized that the missing component between knowledge and implementation – was coaching and his company Action International (now known as ActionCOACH) was born. Brad Sugars started his business coaching company in Brisbane, Australia hiring and training business coaches to leverage his time and to help as many businesses as possible. After several years, yet again demand exceeded supply and he realized the only way to truly leverage his time and to provide coaching to as many businesses as possible was to franchise his concept. Franchising not only afforded a pathway to international expansion, it also allowed his business coaches to own their very own business. Today, ActionCOACH operates in over 70 countries and has more than 1,000 coaches around the world, coaching 15,000 business every week. The franchise has received numerous awards including Fastest Growing Franchise, Franchisee Satisfaction, Best Overall Company and has been named the number one business coaching franchise in the world every year since 2004. In 2006, Brad Sugars returned to the company as CEO and helped guide the company through an expanded period of growth and the challenge of changing economic conditions world-wide. Using the coaching strategies that have helped thousands of companies around the world, Brad Sugars and his executive team helped lead ActionCOACH and its coaches to some of its most profitable and best years ever … in the face of challenging economic conditions. Today, Brad Sugars’ official title is Founder and Chairman and President of ActionCOACH, and he and his team are taking “business re-education” to new, more innovative and exciting levels In doing so, he continues to guide ActionCOACH, its franchisees and its clients to ever greater achievement and success. Brad Sugars currently resides in Las Vegas, NV

← My Addiction & Recovery The Apprentice Billionaire’s Guide to Cashflow →